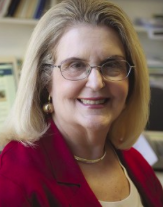 Professor Ortuzar-Young has taught Spanish at Drew for more than 30 years and conducts research on Latinos in the U.S., Hispanic diasporas and migrations, and Hispanic film and literature. She co-directed with Professor Jamieson the 2001 and 2002 short-term programs in Cuba and Puerto Rico and a trip to Argentina in 2007. She has also directed programs in Spain.

Professor Jamieson specializes in Writing Studies and is the director of the Writing Across the Curriculum program at Drew. She teaches popular courses on travel writing and writing for social media, and co-directed, with Professor Ortuzar-Young, Drew’s 2001 short-term program in Cuba and Puerto Rico. She also co-directed short-term programs in Argentina in 2007 and 2008 and has led student service trips to Honduras and the Dominican Republic.

Professor Ortuzar-Young notes, “Because the U.S. restricts travel to Cuba, students arrive thinking they will only see Cubans. They are amazed to find people from all over the world and learn that Cuba is a popular tourist destination. Travel-study challenges students to rethink their assumptions and draw informed conclusions through observation and experience.”